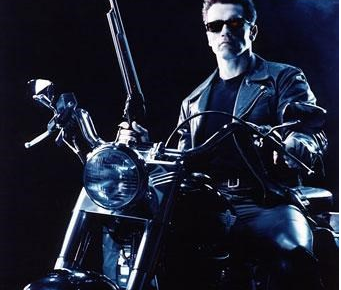 Do You Suffer From A.S.S?

For most of my adult life (and teenage life too now that I think about it) I could never spell Schwarzenegger.  So whenever I didn’t have a spellcheck I would be screwed.  I guess it shouldn’t bother me so much but one of my friends is a spellcheck Nazi.  So if we’re texting or chatting on skype or some medium where my spellchecker doesn’t kick in, I could always expect him to shoot down my mistakes like a sniper as he “autocorrects” me.  Making me feel like I never went to Harvard, which I haven’t.

Or maybe I was chatting with a girl I’d want to impress but would have to stop mid-chat to go grab a dictionary or google how to spell Schwarzenegger!  I did that for years. And here’s the thing, every single time that happened I kept saying that I should just learn how to spell it because I’m sure I’ve lost hours of my life just trying to avoid learning this.  But as soon as I got my auto-correct fix, I would forget about it, until the next time.

Then I noticed this happened with other things too.  Needing to call a local pizza store for example but not storing the number in my phone.  I go through hell trying to find it in an old telephone book or trying to remember what internet search brought it up the last time and I waste on an average 5 minutes at a time just because I don’t want to take a minute out to get it right permanently the first time.

THIS my friends is what I call A.S.S., the Arnold Schwarzenegger Syndrome: The repeated illogical avoidance of addressing an uncomfortable issue in your life, though it be wiser and easier to address it once and for all.

Once I finally realized I was suffering from this syndrome, I began to take action.  I took about 2 minutes to actually learn how to spell Schwarzenegger.  It was easy too.  (A SCHool boy who is a WAR ZEN would hurl an EGG until his enemies ended up in the E.R.)  No more dictionary searches, no more spell-check, no more sweaty palms or choosing a different action hero on skype just because I can’t spell. done and done.

Here are some clues you’re suffering from A.S.S.

“Hey George, hope I didn’t wake you up.  Can you give me Uncle Bob’s number again? Yes again!”

“I hate it when he does that. Next time I’m going to mention it.  For true this time.”

Maybe it’s opening up that needed bank account, or always lifting the toilet tank to flush it because you haven’t called the plumber in over a year.  Whatever it is, avoidance is not doing you any favors.  And you’re not saving any time, you are just going backward every time that happens and you miss the opportunity to fix it.  So fix it. That’s the cure for A.S.S.  Just do it and get it done already.

I leave you with one of my favorite Warren Buffet quotes:

One’s objective should be to get it right, get it quick, get it out, and get it over. You see, your problem won’t improve with age.