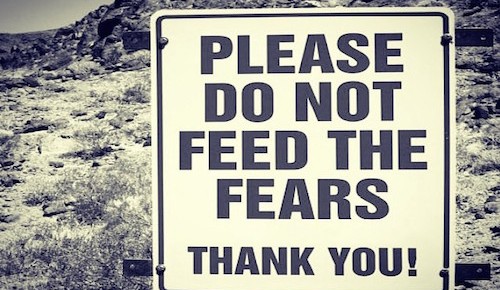 You know, I always tell my kids…wait a minute, I don’t have kids. But if I did have them I’d make them watch The Godfather often. Not the movie just the DVD sleeve. I’d make them stare at that photo for at least an hour a week. In the photo you see the hand of the Puppet Master pulling on the strings of the puppet. I’d tell them don’t you ever let fear or anyone using it manipulate you into doing the things you don’t want to do, or prevent you from doing the things you want to.

This week Hollywood gave into fears and decided not to release a comedy called “The Interview” because some computer hackers who were offended by the movie threatened to do bad things to them. They focused mainly on Sony, the company that produced the movie, by hacking into their email system and making a lot of the private emails between Sony executives public. These emails were embarrassing for the execs because they said unflattering things about hollywood actors and directors including Leonardo DiCaprio, Kevin Hart and Angelina Jolie. I say, so what!

Every time I turn on the TV, wait I don’t watch TV (why does this keep happening to me?) um, every time I read the news there’s always someone apologizing because some private message, conversation or act was stolen and made public. “What I said was immature, it doesn’t reflect my values, I am extremely sorry and I apologize to blah, blah and blah!” And the whole time I’m thinking, screw that! We have a right to our private thoughts, we have a right to private conversations and we have a right to take a private photo of ourselves naked if we wish. I’m lookin at you Jennifer Lawrence, and unfortunately so are people who weren’t authorized to.

Listen, I get it if someone involved in an illegal act or found hurting the ones they have sworn to protect are dealt with accordingly. But I don’t want anyone inside my head, you would all be offended. And we all need someone we can confide in to share a thought. These are the things that help us from going crazy. All of these people receiving these apologies have private thoughts as well which include things that would embarrass them if it went public. Hypocrisy central. We should not feed these fears or be manipulated into pretending to be non-human.

I believe that people who have their privacies violated and their personal information and thoughts stolen and made public should apologize as much as we expect a rape victim to. No victim should have to apologize for being violated, then paraded and judged by hypocrites in public. And while I’m in the neighborhood, if there’s anyone reading this going “did he just compare another type of violation in the world to rape? How dare he?” To that I say don’t be so prepared to miss the point at all costs, don’t feed the fears.

–
Pass it on
and give this post a thumbs up!