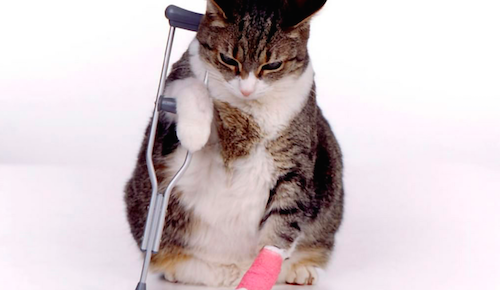 Not The Way It’s Supposed To Be

I couldn’t believe my dumb luck. It’s winter time in Ontario and the snowflakes are falling like pinches of salt from God’s fingers, seasoning the ground for an upcoming blizzard stew. The wounded thunderbird in my driveway got weaker with every flutter, then it just died. It’s the battery. This can’t be happening to me!

I’m already late for a meet-up with my friend Peter, something he was looking forward to, now I have to cancel. Battery acid bubbles through my veins as I think about the money I just spent two weeks ago on service and new breaks. More money I don’t have! In my frustration, I let out a Samuel L. Jackson denouncement that would surprise my pastor. This was so not in the plans.

Three mechanic shops and four christmas lights on the dashboard later, the general consensus was that it was the alternator all along but replacing the battery first with a bad alternator burned the new battery out. That was the theory but it had to be tested. So I asked a friend to take it to his mechanic shop for diagnostics only, because they can be quite expensive repair wise. But what did he do? He asked them to diagnose then authorized a repair which amounted to simply replacing the battery. The cost? $265.00. This reawakened my inner Samuel L. Jackson! Why me?

None of these events were in my plans. None of them were supposed to happen. I was so upset with my friend for authorizing that purchase which I had to pay. I was so upset that I had recently spent more than I feel the car’s worth in repairs. But I especially was upset that I just flushed an additional $265 down the toilet buying a battery to replace one I just bought. This wasn’t supposed to occur.

Then I stumbled upon this:

Life is not the way it’s supposed to be, It’s the way it is. The way you cope with it is what makes the difference.

And of course, she’s right.

I was driving myself crazy running through if-only scenarios in my mind as if I could somehow change what had already happened in real life. I was basically losing the present moment because I refused to accept what is. Whether it was meant to happen or you made it happen, what’s really important is that it HAS HAPPENED, it is what it is, it’s ok, accept it and move on.

The lesson here is acceptance. Life isn’t supposed to go left or right, it just happens. Sometimes on this journey you will be thrilled about what just happened to you, other times like when you buck your toe or get a door closed in your face you may not be so thrilled. Remember that in all instances, it is just happening. How you react to that determines how rich your life will be.

An old monk story illustrates this point. Two monks were about to cross a river and saw a young woman who could not cross. The older monk put the woman on his back and carried her across the river. As the two monks continued on, the younger broke his silence. “As monk’s we’re not supposed to have any contact with women but you put that woman on your back and carried her across the river. How could you?” To which the older Monk replied, “I put that woman down hours ago, why are you still carrying her?”

In the middle of my expensive car woes, I couldn’t let go of the imprisoning and futile thoughts; “If only I checked the alternator first. If only I bought a used battery. If only I didn’t spend any of that money I would still have it. You know what I could have done with that? If only my friend had listened to me and not made that unauthorized repair. If only, if only, if only.”

In an episode of The Wire, one of my favorite television series on HBO, Avon laments the impossibility of living up to his uncle’s admonition to never slip up in life, to always be quick, always be on time.

And how you ain’t gonna never be slow? Never be late? You can’t plan for no sh*t like this man, it’s life.

Sometimes I feel life is this wonderful treasure hunt where everything you see and hear and read and do helps to enrich your experience. I picked up one such gem watching this little boy’s mature reaction after finding out his parents ate all of his halloween candy. Now here’s someone who’s already learned that things don’t always go as we expect. But more importantly he’s learned that’s OK, it’s fine!

–
Pass it on
and give this post a thumbs up!