It feels like death by a thousand cuts.  You can’t move forward in life, you can’t move backward.  You can’t get beyond this dreadful, claustrophobic, painful loop. You can’t get over him. You can’t seem to find her.  This life, this job, this residue of pain past, this dream that always seems beyond your reach, they all weigh you down like a steel anchor.  You’re stuck and it’s driving you mad. 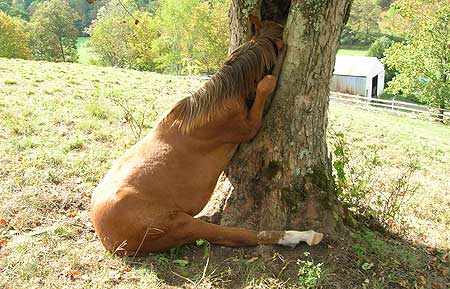 I’ve been stuck in a dead end job where each minute felt like a life sentence.  I’ve been starving for love where it seemed I was in an endless loop of false starts.  I’ve been heartbroken so long it could only be described as millennia. My dreams have visited me for years in prison, where I could only see it on the other side of thick glass but never touch it. Torture.

Owning a house with someone you don’t love, staying for the kids.  Depression has its own key and enters at will.  Sinking in a financial quicksand or bearing the burden of your 9 to 5 from hell.  Whatever your version of stuck is,  it’s long, hard, depressing. Yet only you understand its magnitude.

People are constantly telling you to stay positive, tough times don’t last, things will get better, the Lord will make a way.  But none of these responses answer the one question we have when we feel  stuck; WHEN?

When will things get better?  When will you find “the one”?  When will you be happy?  When will this cloud of depression leave?  This question is exasperated when you witness someone else become free. The concrete that once pinned their feet to the ground, same as yours, smashed. When they become unstuck and find someone to love them just the way they are, you wonder when it will ever be your turn. This makes your soul beg WHY?

Why is this happening to you?  Some believe its because of karma, but life’s not that fair or that logical, not even by a longshot.  Its like what Forrest Gump said about the brown stuff (and I don’t mean chocolates)… It happens!  As long as you have a pulse, you’ll be subject to this universal human law. Self pity is a distraction from the escape route. And if you want to escape being stuck, the one question you should ask more than any other question is HOW?

How can I become unstuck? Unstuck from an unfulfilling job or unfulfilling life.  It’s a question that you are only able to ask on your strongest days.  On most days you’re just surviving or giving in.  People who are unstuck walk pass you and shake their heads.  They can’t even see your shoes much less walk in them. They think you want to be stuck. This absurdity ignores the mere definition of the term.

When I was a kid, I had a conversation with a man on drugs that made me understand what addiction is.  I was sharing my lunch because he was starving.  He used to be so clean cut, drove a nice car, had a job he loved, a woman he loved and two beautiful daughters.  But now he was on the street, forsaken by all and enslaved to the white horse he rode but couldn’t get off.  He took the food from me in tears and said “Duran, do you think I want to be like this?  I don’t.  It hurts me for my kids to see me like this.  I’m ashamed of myself.  I’m ashamed to be taking food from you, just a little boy, when you should be looking up to me.  I don’t want this!”

But why on earth would we do the things we don’t want to do? In a word, anesthesia.  Being stuck is not only frustrating, it is painful!  If you were a dog in a cage with a spiked collar and every time you tried to run away the spikes dug into your neck you’d stop trying to run away.  You would actually find some temporary solace in lying down in the cage, the very place you don’t want to be, just because leaving is too painful.  You’re not walking back to the cage because you love it.  You’re stepping back because so far it’s the only thing that temporarily stops the pain you feel when you try to escape.

These cages exist in variety.  In a relationship with someone you don’t love?  In one where someone doesn’t love you? Or maybe you are in a relationship that is as good as it will ever get but falls short of what you deserve or want.  But there are more cages.  Maybe we wronged someone we cared about and are stuck in the guilt. Perhaps you’re approaching retirement with nothing to show for it. Maybe you just don’t like what you see when you look at you.

That’s when we do anything to feel numb. TV, food, alcohol, sex, whatever your vice.  One of the biggest forms of anesthesia is “I just don’t want to think about it!”  I call it the gateway drug.  It’s what precipitates going back to eat what we just regurgitated, or whatever numbs the pain.  Unlike other medications anesthesia doesn’t cure anything, it just allows you to be invaded and operated on; drugged up so you can  close your eyes to the crisis of being stuck.  When you awake, you’re still there.  But how the hell do you get unstuck?  That’s still the million dollar question. HOW?

We change our behavior when the pain of staying the same becomes greater than the pain of changing. Consequences give us the pain that motivates us to change.

You become unstuck when you can no longer tolerate the pain of staying where you are.  More specifically, when it becomes more painful to stay stuck than it is to break free. When you’ve had enough and you can’t give one more drop, when you can’t stay one more moment, when you can’t take one more blow.  Something incredible happens at that juncture.

Many who are stuck and in a lot of pain will claim they are at that moment but they are not.   Have you ever seen those game shows where there is a grand prize of $1 Million dollars but you have to be willing to do anything for it?  Then the host asks you to do something gross like eat a cockroach. That’s where most contestants get off the bus.  They were willing to do all kinds of crazy things before but that’s where they draw the line, that’s where they get stuck.  I’ve even seen a few begin the process but throw up at the thought of what they were doing.  But there is always that one guy, that one person with that look that says, I will do whatever it takes!  I want that million dollars because my life has to change now.  He’s the guy that gets unstuck.

You become unstuck when fear of the unknown is no longer enough to paralyze you.  You don’t need to see a landing pad before you try to escape.  I remember watching the news in disbelief on 9-11. I saw people jumping out of the tower windows as the buildings were on fire and collapsing.   My first thought was “my God, what are they thinking, what are they doing?”  But I now know that for them staying stuck was not an option.  They were determined to be anywhere but where they were.  The pain of staying in that building was greater than the pain of trying to find another option.

In the ferry tragedy in South Korea, those who were saved made the quick choice to put on their vest and jump off of the ship in to the freezing cold water, hoping for the best.  They had no idea if they would make it but they knew they couldn’t stay there stuck on the ship.  The only thing they knew for sure was they didn’t want to die and would do anything to have a chance to live.  Sadly there were others who could not become unstuck.  They stayed put and hoped for the best. It did not turn out well for them.

Elizabeth Gilbert, author of Eat, Pray, Love, wrote a brilliant piece on Ruin.  The now famous quote from J.K Rowling, the author of the Harry Potter series says “Rock bottom became the solid foundation on which I rebuilt my life.”  For those of us that have been forever stuck in whatever situation we find ourselves in, this is how we become unstuck. Only when we are abandoned by everyone, only when our backs are against the wall, only when it’s do or die do we find that we either tap into the hidden strength we all have or we let whatever is holding us down, kill us.

In the poem Humanly Courageous, I highlight how real courage is in the trying, it’s in the attempt.  This is the courage that is necessary to break free from whatever holds you down.  Whether it’s a brutal bikini wax yank or the removal of a gigantic slave chain one link at a time, we have to keep trying to break free. These attempts get us closer to freedom and it weakens the glue that holds us down.  Have the courage to try, in spite of the pain, try non-stop.

When it becomes too painful  to stay stuck, you will muster up everything within you to break free.  You will find the strength you didn’t know you had because you will no longer have other options. The motivation of pain, once your foe, becomes your ally.  When you realize that anywhere is better than here you can begin to free yourself.  Even though breaking free is painful, it hurts less than the pain your soul felt when you were stuck. At first messily but then beautifully, your pain will give way to bliss.