She walked passed the disarmed human torpedo unaware of the argument and unpleasant moments of silence we just avoided. I was about to go off on one of my rants, but TOPIF and A Drunkards Walk, saved me from an unnecessary argument that would have destroyed a beautiful day with my wife. 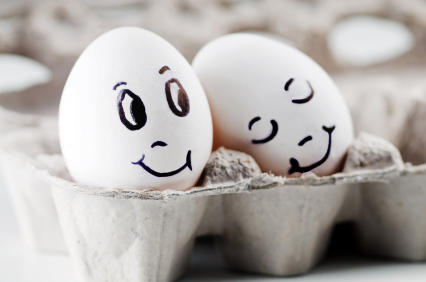 We were getting ready to go to a doctor’s appointment and despite telling me that she was ready, which forced me to quickly slip on my Nikes and grab my keys, I found myself waiting on the sofa while she declared, oops, I’m not ready yet.

This made me grumpy and I reached for the launch codes. Why would she make me stop what I was doing by broadcasting that she was ready, only to need more time with hair and makeup, etc.  My previous modus operandi would be to attack “come on baby let’s go!  We’re going to be late!  Why did you tell me you were ready and you obviously aren’t,! kiss teeth!” But it didn’t happen this time, something was different.

Since writing The Opposite Of Poverty Is Friendship: You’re Richer Than You Think, that focus on exposing the importance and the dynamics of human relationships has changed me.  The admonitions I gave to think of all the good things someone brings to your life on the whole, before isolating and attacking a single trait was not lost on me.  I think more before I act now.  I think about whether its fair to make an annoyance bigger than it is by highlighting it vs just letting it pass because in the grand scheme of things its really nothing compared to the beauty of that relationship.

So, TOPIF was having its affect on me and helping me to avoid problems in my relationship, but there was more to it.  While I was sitting on the couch contemplating whether I should keep my annoyance in check or whether I should begin to complain grudgingly that she wasn’t ready, I started to weigh the pros and cons of doing so.  If I did, I’m sure I would have inflicted a wound because I was coming from a place of frustration and not of love.  I knew the ride to the doctor’s office would be damaged by dual silence. Mine of standing my ground to make sure my frustration stood out like a woman’s panties rising two inches above her blue jeans.   And her silence because she would be licking her wounds and perhaps contemplating her own auto-defense attack.

Then I remembered reading A Drunkard’s Walk.  It talked about how we are often programmed by emotions as humans, looking for patterns and making things bigger than they actually are.  Like trying to find the shortest cashier’s line at the grocery store, or speeding past someone in a hurry only to be stopped by a red light. The car you sped by lines up right next to you, the driver giving you that  -WTF were you thinking?- look.  The point being, things that often take seconds we blow up in our mind as if it would take days longer.  If we just relax and choose a line randomly, one line ends more or less the same time the other does.  In the same way, I felt like we were going to loose a few decades if we didn’t hurry up and leave now.  Instead I decided to time it to see how long it would be before we lift if I just let her get ready and tell me it’s time to go.  I looked at my watch.  Total wait time, 28 seconds!

I smiled and heard the voice of that torpedo activation system saying “stand down, launch sequence aborted.”    Using what I learned from TOPIF and a Drunkard’s Walk, I was able to avoid letting my frustration get the best of me and attacking someone I love for no good reason.  At the end of the day, realizing that I avoided damaging what turned out to be a beautiful day and that whether I complained or not, it would have been over a mere  28-second wait, I felt silly for thinking it, but proud of myself that it was avoided.  And unless she reads this post, she was none-the-wiser the whole time.

—
Likes give me energy 😉