Veronica Roth, I Want To Have Your Babies!

Why? Because you are an intellectually and physically beautiful brunette without trying to be, you made a mint writing books where the gorgeous Kate Winslet is cast as a villain in the movie adaptation, but most of all because you said this: 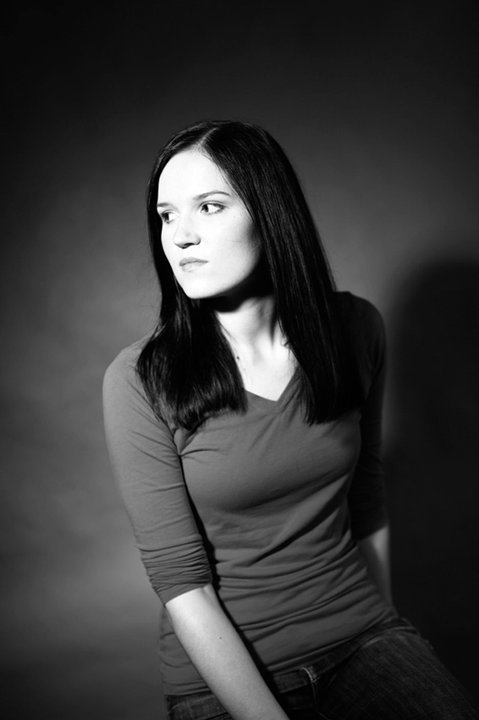 “Want something else more than success. Success is a lovely thing, but your desire to say something, your worth, and your identity shouldn’t rely on it, because it’s not guaranteed and it’s not permanent and it’s not sufficient… make sure that you are who you are regardless of your life circumstances. That way, when the good things come, they don’t warp you, and when the bad things hit you, you don’t fall apart.”

When I read this excerpt from a Veronica Roth Interview, I had a mental orgasm and became an instant fan of the Divergent author. If it wasn’t for science’s inability to give life and my wife’s ability to take mine, I would happily carry Veronica’s offspring.

This jewel of advice is smart, sexy, insightful and if observed, can save us from emotional ruin and depression that so many of us face because we feel we are not worthy, that we never measure up. Embedded in this sage advice is the one question we must ask and answer if we are to ever find true peace within ourselves. The question is: What defines you?

In other words, what makes you, you? Where we go wrong is that we offer as answers things that can be taken from us. So when these things are removed, we self-destruct because we let ourselves be defined by them and we are left feeling empty when they are gone.

In response to the question who are you? It’s not uncommon to hear “I’m a banker from New York, I’m a teacher, a basketball player, a mother, a wife, a big brother.” Others define themselves by what they own; ” I’m the owner of a fast food franchise, a house in the suburbs, a Harley Davidson.”

The aphorism “know thyself” is a challenge for us to understand who we are at our core. This brings us peace because while life may disappoint or thrill us, harm or heal us, we always know that we are valuable, we are enough, and it doesn’t depend on success or failure or any single relationship we have with another. We know that within ourselves we are complete and everything else is window dressing.

Shawn Corey Carter used to be a drug dealer in New York. He grew up in the Marcy projects in Brooklyn. He eventually abandoned that lifestyle and turned to making rap music for a living. Several years and a half billion dollars later, he has been a singer, songwriter, record producer, entrepreneur, actor, rapper and film producer. He goes by the stage name Jay-Z and is married to Beyoncé, another music mogul, they have a daughter. But who is Shawn Carter? Is he his accomplishments or the person he married? What if he loses it all?

In his book Decoded, Carter writes, “Money and power don’t change you, they just further expose your true self.” And in the song Public Announcement he raps “And you can try to change but that’s just the top layer. Man, you was who you was ‘fore you got here.” He appears to understand that what defines you, cannot be your successes, failures or things.

So while I may not be able to have Veronica Roth’s babies, something every man should consider, (it could even serve as beer belly justification, think about it), I have been impregnated with her fruit bearing wisdom. And if you remember nothing else I’ve said in this article, remember what she said:

“…make sure that you are who you are regardless of your life circumstances. That way, when the good things come, they don’t warp you, and when the bad things hit you, you don’t fall apart.”

I think my water broke!